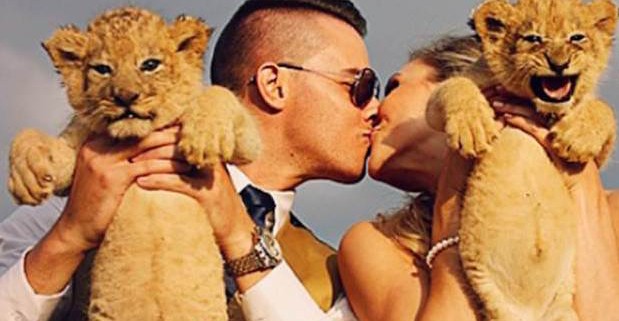 Every year 600 Lions die. Sixty percent are killed by Sport hunters. In twenty years the Lion population went down with 80 percent. At the same time private reservations for breeding Lions go up simultaneous. Most of them are established in South Africa.

The Lions are raised on farms to make money. The young ones are already big business because of tourists paying for petting a Lion cub. They do not know the cute cub is taken away from its mother after one hour to please them, although they can question when they see a cub without a mother nearby. 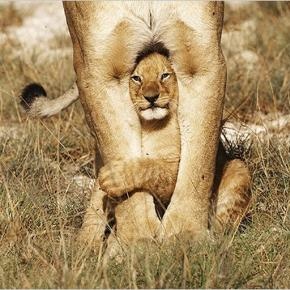 In these reservations work a lot of foreign Volunteers, who also have no idea what the bigger picture is.
When the Lions grow up a lot of them are sold to hunters like Walter Palmer. A foreign hunter pays between € 5.000 to € 25.000 to be able to shoot a Lion. Last year the hunting Industry made at least 500 million Euros.
We hope Tourists will think twice before spending money on entertainment with wild animals. Most of this kind of activities have a dark side in this age of greed. Make sure your tour operator shows you pure and sincere places and supports nature, wildlife and the local people like Mindful Adventure is doing in Tanzania. Isn’t it a great feeling when you know that your vacation is supporting Africa instead of damaging it?

We would like to finish this blog with a part of an apology letter to Africa’s Lions from Jacalyn Beales.

On behalf of every ignorant tourist who believed the lies of a park or lodge; of every eager young volunteer fooled into thinking they were helping you, when they were simply hindering you; on behalf of every naive parent who has taught their child that it’s ok to pet you: I am sorry. And though one apology doesn’t erase years of hunting, poaching, depletion and cruelty to your species by the hands of us, for now, I can only offer this most sincere apology.